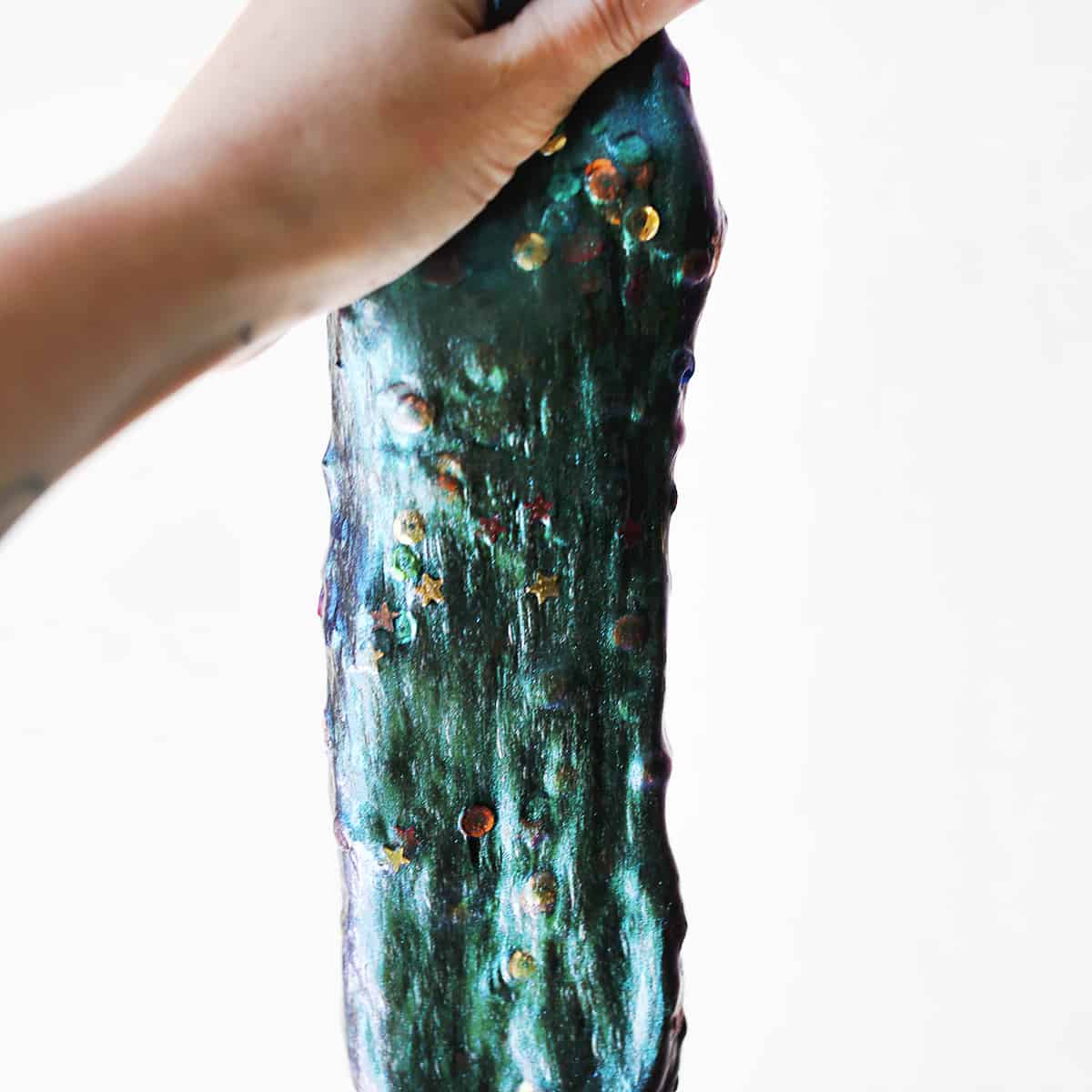 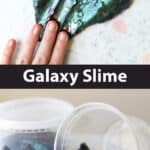 Let’s make galaxy slime! This is fun if you are learning about outer space, black holes, or just want to make something that’s out of this world. Lol.

If you don’t have Magical Liquid, you could still make this! Check out our post, How to Make Slime with Contact Solution.

In addition to these two ingredients, you may also want to add star glitter, chunky glitter, or toy planets.

The Magical Liquid activator product shares how to make slime. Their suggestion is adding 2 teaspoons of Magical Liquid to a 4-6-ounce bottle of Cosmic Glue.

I’ve found that this is not nearly enough Magical Liquid, and I would recommend tripling this to begin with.

How do I fix slime that is too sticky?

If you find your slime is too sticky, meaning it doesn’t remove itself from your hands or surfaces easily as slime should, then you likely need more activator. Add a little bit at a time until you reach the desired consistency.

How to Make Galaxy Slime:

Keep in mind that if you add other elements to your slime, it will change the texture.

Homemade slime can easily last 3-4 days if it’s stored in an airtight container. If stored well and depending on your climate, it can last even longer. The longest I’ve kept mine without noticing a texture change is five days.

Note: Do not eat slime. This is definitely a project that requires adult supervision and participation. 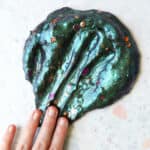 It’s best to use mixing bowls and utensils that you don’t use for food purposes.
Previous Post: « Slime for Halloween – Easy Ideas for Spooky Slime
Next Post: Handprint Butterfly – Make an Easy Spring Craft »